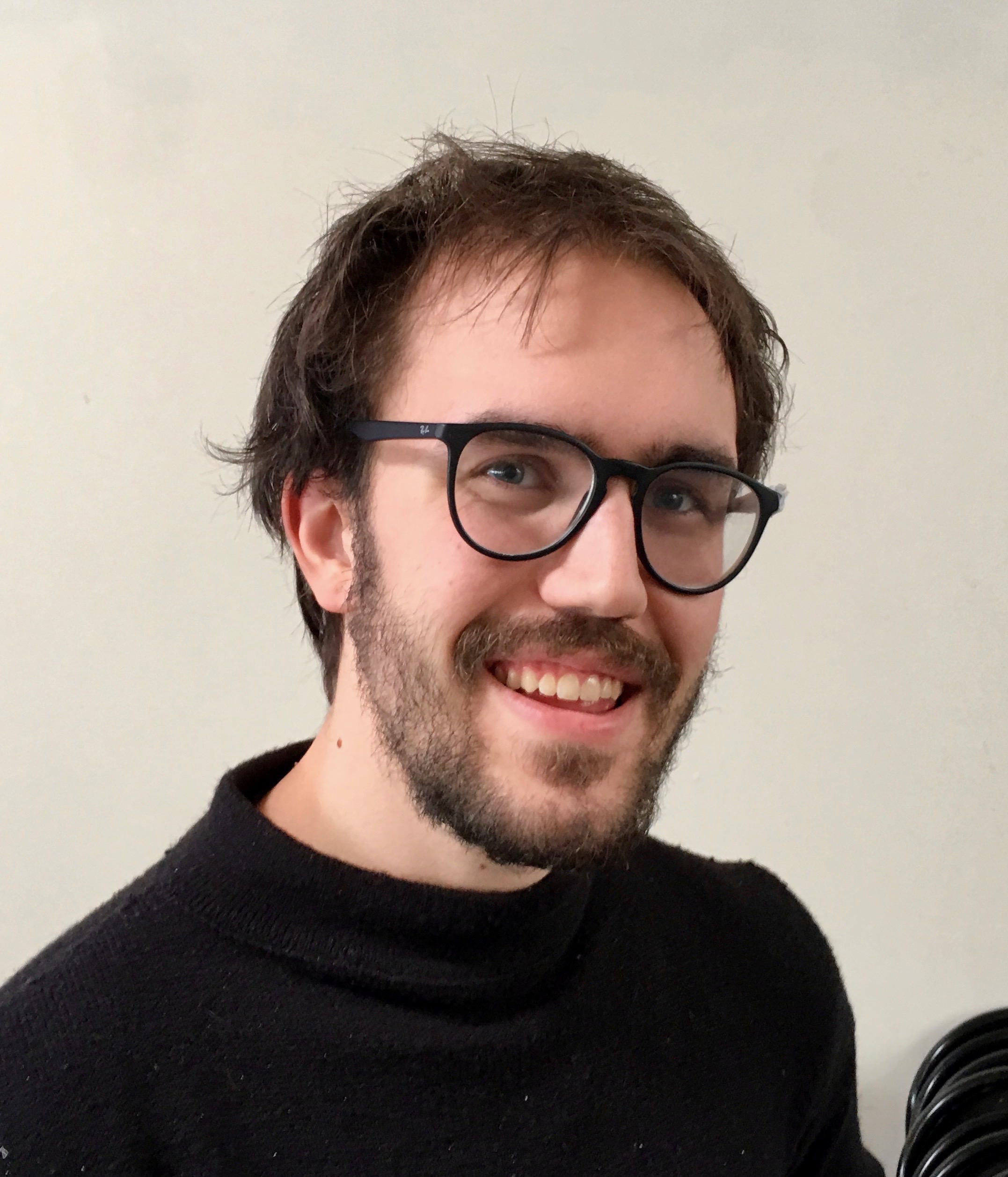 My parents raised me up as a Messianic Jew in Dallas, TX. My father became a Christian when he was in high school, which his Jewish family and community deeply resented. He and my mom taught our family to understand ourselves as both Jewish and Christian; we believed that our belonging to the Jewish people helped us respect the Gospel in its original context, and that our faith in Jesus gave us a clearer understanding of the story and mission of the Jewish people. My family’s faith and life together was vaguely Evangelical, but with Jewish holidays, songs, and culture replacing more traditional forms of Christian worship.

When I moved away from Dallas, I never found another Messianic congregation to belong to, and I became very turned off by Messianic Judaism’s focus on militant Zionism and by the Evangelical church in general. I wanted to know and love the international church and discover a way around the segregations of race and class that divide the church in America. I wanted to learn how to follow the commandments of Jesus literally in my mundane life and not merely focus on the theology or prophecies related to the death of Jesus. I still consider myself Jewish, but I never returned to the Messianic movement.

Finding a new spiritual home in the world has been very difficult. I’ve tried out all kinds of communities: leading worship for Charismatic churches; studying Hindu philosophy and worshipping primarily as a Muslim in Southeast India; organizing with a community of secular Socialists and Anarchists. My most formative community was a Catholic Worker intentional community I helped start in Denton, TX. At first, we were all voluntarily homeless and ran a community house for the homeless. We all worshipped together as Roman Catholics. Eventually, we all moved in to a house together and opened up a sharing-based, farm-to-table restaurant next door. As we shared our possessions and decisions, I discovered a common life and discipline that reminded me of the life of the disciples of Jesus much more than the churches I had tried to be a part of.

After living in the Catholic Worker for a few years, both my personal life and the community in Denton fell apart. I had tried to be a leader and a hero for all my adult life, but I realized that I needed to heal and mature through more friendship and discipleship with older, mature believers who shared my vision for Christian life. I moved to Chicago in 2016 to seek counseling and discern membership with Reba Place Fellowship in Roger’s Park. I started attending Living Water at the same time. I have been deeply impressed by the care and commitment that members in this neighborhood demonstrate towards one another, and I have enjoyed my own participation in the life and mission of this church as I try to learn how to follow Jesus in this neighborhood. 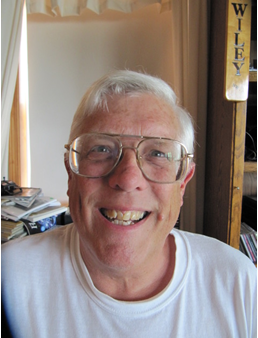 How I got here

During my Sophomore year at Purdue, a traveling evangelist met with my roommate in our room to convert him.  I was not much of a Christian, I knew the bible, but had no interest.  I was to ticked off at him that I went out and bought a new translation so that I could show him up.

But when I started to read the Gospels, WOW  this guy Jesus really spoke to me!  That was the beginning of my journey.  It was also when I saw no justification for violence.  As my wife and I moved around and tried churches, one of the best we found was a Church of the Brethern.  It had a pacifist heart and an informal service.  When we moved to Michigan, we began attending a Mennonite church.

When I moved to Chicago, good old Google located 3 churches in the area and I tried this one because it was closest and I could not find Reba Place. 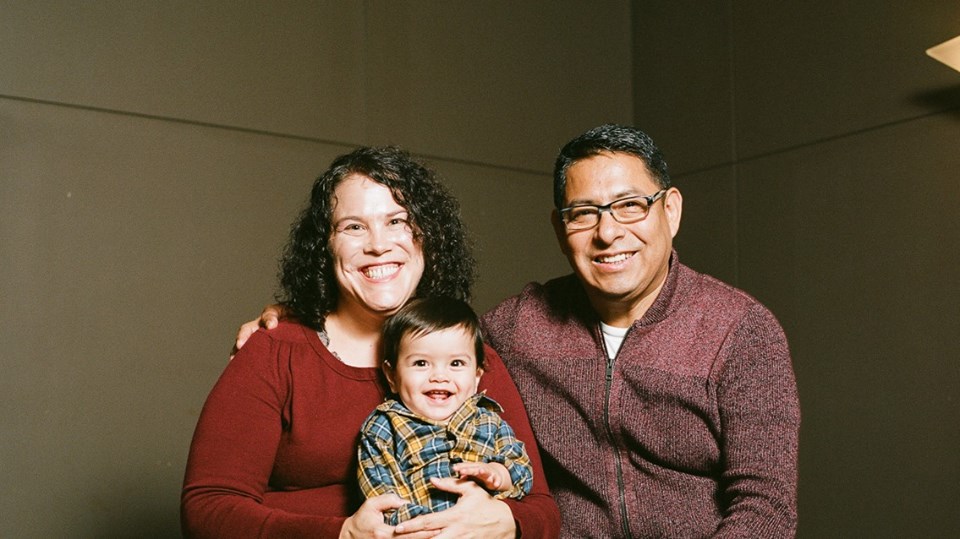 David came to the United States from Veracruz, Mexico in 1998, possessing — like most immigrants — little more than a dream of achieving a better life for himself and members of his family still in Mexico. David grew up as a Christian child, and was regularly involved in Bible study, preaching, and service. Upon arriving in Chicago, the Adventist church was instrumental in helping David to settle, and to establish himself in the local and faith communities.

Learning about issues of social justice at the Erie Institute of Social Justice sparked a journey toward finding a more accepting, open minded Christian community, rather than the conservative beliefs of most of the Christian churches David had attended. David learned the importance of being involved in community organizing and talking about things that matter: Equal opportunities, the right to education, housing and health care, women’s and LGBTQ rights, immigrant rights — but foremost, the right to live with dignity and without the fear of being cast away from a society reluctant to accept those born on the wrong side of the fence. David found a lack of social justice action, and a silent attitude among faithful Christians. His faith in the reality of Christianity began to erode, and he stopped attending church.

When David’s son, Joshua, was born in 2017, David began to feel a pull towards returning to the church. He gave his son the name Joshua because of the meaningful importance of Joshua’s work accomplishing the conquest of Canaan and, the courage and resilience the Patriarch had to follow God’s instructions. David likes the part in Joshua 2:9 that refers to not being afraid, and to having courage, because the Lord our God is with us wherever we go. David has seen God provide in so many ways in his own life, during difficult times. He wants his son to grow up as a man of faith, who will do God’s work in our society, and have the courage to stand up against injustices.

David was first introduced to Living Water Community Church when they hosted a Protect Rogers Park (Protect RP) meeting for community members concerned about the executive actions proposed in early 2017 by our current President. As David became more involved with the Protect RP group, he kept meeting people from Living Water who were so nice, friendly, and genuine. David began attending services at Living Water, and loved the multi-cultural membership, the church’s community focus, people’s love for one another, and their belief in social justice principles.

David has been attending Living Water regularly, since, and looks forward to becoming a member.